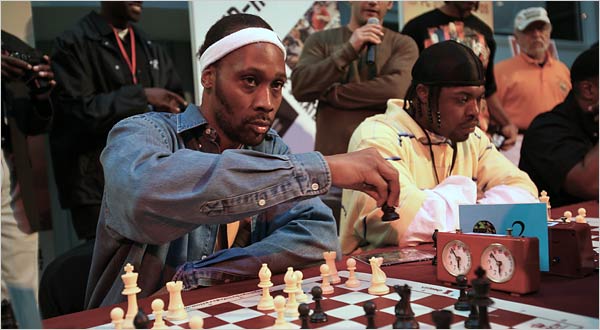 A NBC affiliate in South Carolina has run a story on the Hip Hop Chess Federation, an organization started by the RZA (yes, that RZA).

It’s a program focused on giving at-risk teens a way to think and resolve conflict in a way that’s non-violent and non-confrontational. RZA argues that teaching kids about chess will teach them to “think a few moves ahead”, so instead of acting impulsively and making bad decisions, they carefully weigh their options before acting.

“These kind of strategies are embedded in us as a young person. When you grow up and go out there into the world, you’re faced with a decision. The decision making is more powerful now. You’re not just reacting, you’re thinking, focusing and then moving,” said RZA of the Wu-Tang Clan.”

It’s an interesting notion, and one probably worth exploring. Either way, it can’t do any harm!

A reader has kindly pointed out an error in our post.Â  RZA is not the founder of the Hip Hop Chess Federation, but is instead on the Board of Directors.Â  He has also since gone on to found Wuchess.com. Thanks, Thugbasher, for the correction.]